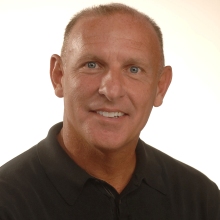 END_OF_DOCUMENT_TOKEN_TO_BE_REPLACED

Gregg is from Kansas City. He received his Bachelor's degree in Philosophy and English, with a minor in Psychology from Gonzaga University, Spokane, WA. He taught English and theology at the high school he attended (Rockhurst) in Kansas City, and also taught Caribbean Literature at St. John's College in Belize City, Belize, Central America. He did his Masters of Divinity degree at Weston School of Theology in Cambridge, MA and was ordained a priest in 1988. The following year, he completed a diploma in Pastoral Theology at Heythrop College, University of London, and worked in youth ministry/adolescent spirituality.

From 1992- to 1994, Gregg worked in retreat ministry, and served as the In-Country Coordinator of the Jesuit International Volunteers. He completed a Masters in Education and Pastoral Theology at Boston College, and spent a year in campus ministry at the University of Ulster in Northern Ireland.  He was part of the Campus Ministry team at Fairfield University from 1997 to 2003, and from 2003 to 2007, he served as Director of Fusz Pavilion at Jesuit Hall in St. Louis, a retirement facility for Jesuit Priests and Brothers.

Most recently, Gregg was Chaplain and Campus Minister at Rockhurst University in Kansas before arriving at Loyola.